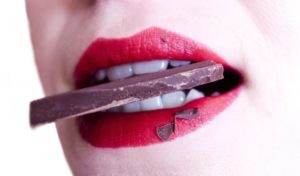 I have a real and potentially certifiable addiction: CHOCOLATE!

Swiss, German, Hershey’s, Cadbury’s, Nestle’s, Dove’s – you name it…I know it. Intimately! But in my own defense, it’s not a willy-nilly obsession. No way! This is an educated dependence. I spent four years traveling the world courtesy of South African Airways, and my first purchase in each city in which I landed was the local chocolate. Sure, I was sometimes disappointed, but with proper perseverance and dedication, I always managed to find the necessary delectable to take the bad taste out of my mouth, so to speak. You could say I chomped my way around the world many times in those years. As a result, I should be a chocolate pundit, but instead I remain a very basic addict. As long as it’s creamy and velvet on the tongue, I’m ALL in.

It’s such an integral part of my life that when I think of my ultimate demise and the heaven which I am looking forward to, in lieu of a well-fluffed pillow, I dream of a Cleopatra-ish over-sized bath filled with thick milk chocolate in which I am fully submerged. I lean back and smell heady decadence. Then I scoot down so just my neck sticks out so I can easily throw back my head and toss M&M’s into my blissfully open mouth. Now that’s MY heaven! Of course, since I AM an addict, I may have already earned a one-way ticket down under (No! Not Australia – way more south)!

In War Serenade chocolate inevitably rears its delicious head quite often. I think my favorite chocolate piece is when Pietro, our hero, is at the La Fenice opera house in Venice. It’s his high-profile operatic debut as a soloist. He is playing Canio, the clown in Pagliacci. It goes something like this…

He knew in this most important moment of his life, he had to be better than he’d ever been. He had to push every boundary. ‘Great’ wasn’t good enough. ‘Spectacular’ was the least he must be to keep him performing on this caliber stage for a lifetime.

He pulled back his controlled vocal instrument and felt the audience collectively jolt because the rich velvet penetrating their senses had been snatched away.

Trying something new and reckless in this great forum? Not just ballsy, but quite, quite mad. He found himself savoring their surprise for as long as he dared before he let his timber and richness flow back, ever so slowly, like a deep, rich, lazy river of Swiss chocolate. Thick, slow and unstoppable, he gathered them up from the brink, one, another, a full row, the middle section, the whole auditorium. They clung tightly to him, invading his every pore, as together they swayed and gently changed direction. Easy and languid. Then without warning, up, up, up to full volume, beyond what was expected, and up yet up another rung and another. Yes… yes… yes… and they climaxed over the hill. Together. A delicious, satisfying, union.

Yes! Yes! Yes indeed! Chocolate will do that to you. Bon Appétit!