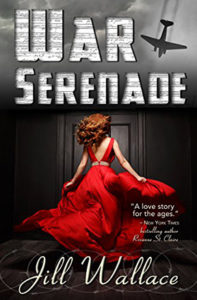 Shout LOUD if you love it & save a life!

This week my baby was born. She was bouncing and fat, weighing in at a hefty four-hundred and sixty-six printed pages. If you have her on a Kindle Large Print, it will run you 1,350 pages :o)

So many people have been supportive and kind, and many have even invested in her. I can only hope she brings some pleasure to all who get to inhale her pages, or some joy to those who downloaded her pretty font, picked by my cover designer/chief/editor/publisher and friend, Chris Kridler.

On the day she launched, I had lunch with the well-known author, Martha Powers, and we celebrated over Panera’s soup and half a sandwich. Some seriously over-the-top indulgence, I know, I know, but what a treat it was to see my friend. Three years ago, Martha encouraged me to stop agonizing over my script that the director kept wanting me to change senselessly and write a damn book.

Martha asked how it felt to be published, and that gave me pause. To have my book out in the world felt beyond fantastic, but I never considered me “published” in the true sense. To me that intones old-time publishing, when a publishing house chose your work for its uniqueness, craft, plot, and characters, and after they’d finessed the work they “invested” in you and had the courage to put their money where their mouths were and proudly wearing their label aka “stamp of approval” one would see her book on every bookstore shelf and table. Being published meant you, the author, had survived the publishing house’s stringent culling process. And while other authors lay dead or quivering because they failed to make the grade, you, the reverent “published-one” had your book in Barnes and Noble and by the hair on my chinny chin chin, nobody could touch you now!

So, I salute self-publishing because at least I, a novice author, along with my publishing pundit’s great help, created my own catapult from which I launched my book into the world.

But there is no safety net in this reckless affair.

No wonder half the writers of this world are neurotic. Bald fear of being published has turned me into a quivering husk of a woman who was once just a happy, excited writer!

I fear feedback just as much as I would the results of a test for a loathsome disease. When it comes…I cringe and duck in case something negative is coming down the pike. Even if it’s kind and positive, I watch my reader’s face with an eye as sharp as a Swiss army knife, ever watchful for a flicker of disappointment that may belie their enthusiasm. Should that happen (real or imagined), I shall thank them profusely and hurry away, seriously contemplating using my literary army knife to slit my wrists and put myself out of further misery.

So, if you liked War Serenade, then for gosh sakes, shout it to the universe, won’t you? Tell your friends and every living soul you know about her! It’s the only way I will ever really know that I’ve pleased you.

And if you don’t like my baby and you lie, for gosh sakes, lie well, will you?