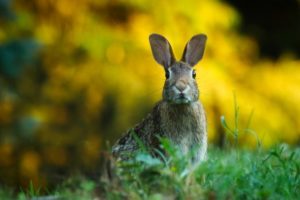 Is there any greater love than an animal’s for their own person and their family? I think not.

17 years older than me, my brother was a game ranger in Tanganyika in the early sixties. The bush was wild and rampant with highly poisonous snakes. He was bitten so many times he became immune to the snake bite serum which kept him alive. He eventually had to give up his dream profession or face inevitable death.

But his love for all living creatures remained constant. He became an assistant zookeeper at the local zoo, and our third-floor flat was filled with animals needing 24/7 attention. My mom became the day-keeper while my older brother was doing his job. As for little old me? I thought I’d died and gone to heaven. My brother’s elevated pedestal launched into the stratosphere!

We had a monkey hopping from chair to chair smearing apples on cushions as my mom bemoaned her fine decorating “gone-to-hell.” Frankly, I thought the monkey itself a fine way to dress up the lounge. Who needed cushions anyway! There was an old tortoise with some sort of ailment I got to feed lettuce leaves and watch my rugby-playing brother gently remove and replace bandages with fingers turned as gentle and delicate as baby’s cotton ear buds. There was a guinea fowl whose reason for being on the third floor I forget, but who was clearly delusional and thought he could fly. My job was to follow him, and should he wander through the French doors onto the balcony, I had to grab him before he took a 30-foot nosedive. I was thrilled to be on guinea fowl suicide watch.

One day, a rabid leopard gave birth to three cubs, which were whisked away from her before she was put down. Together my mom and Brother Peter nursed these mewling, mottled creatures, each the size of a fully-grown cat. I well remember how the thin, freckled skin that complimented my mom’s vibrant red hair was scratched and bleeding after each feeding session every two hours, but still she soothed the yelping cubs with firm, expressive hands, and worked the nipple of the baby’s bottle into their razor-toothed mouths. Sleep-deprived and torn, she and my brother did their duty on that third floor till the cubs were old enough to eat solids and return to terra firma.

We continued the zoo concept wherever we lived, though my brother was married by then and in a more lucrative line of work. He later told me it wasn’t the money but the animals in confining cages that forced him to find a new career.

I had many house-trained, white rats over the years. What wonderful pets they were, super clean, too. Each with their own quirky personalities and remarkably high intelligence. They had their nightly romp on our long kitchen counter, and I distinctly remember whiskers twitching as they balanced themselves on their hindquarters and with delicate pink paws gripping the edge of his glass, they dipped pointed pink snouts into my Dad’s whiskey for their nightly “snort” as my Dad’s post-work-pleasure was called.

Charlie the rabbit who debuted in War Serenade was raised indoors. I remember when we were planning a move to Benoni from Windhoek, my Dad told me gently that 1,441 kilometers was too far for a rabbit to travel in a car. My mom “interviewed” people who had rabbit hutches to see where our Charlie would be the most comfortable but, of course, anything other than our home…no – Charlie’s home – was beyond my imaginings.  On the day of our move, I got home from school, and my Charlie was gone. My heart broke in two. Every kilometer that distanced this ten-year-old from her beautiful, birthday-bunny, was pure torture. But always to the rescue, my dad taught me how to imagine Charlie frolicking happily with the other rabbits in a cage as big as our new backyard. When I think of Charlie so many years later, I see my mink-colored fellow having fun with new friends of his own ilk, and my heart smiles.

And what about dogs? Happily, my all-time greatest loves. Character-full, unique, quirky, wonderful canines of dubious heritage, mostly, all of which lived to a ripe old age without anything but rabies shots when they were pups. There were strict rules in my house, if you had a dog. You had a fenced yard and nothing else would do. That dog was yours to care for, to feed, to play with, to take with you on holidays, and to love beyond measure.

And losing each one wrecked its own devastation on our family unit. Just writing this now makes me want to weep for each one lost…

Life was so dismal without their excited exuberance; your family had no choice but to visit the SPCA and find a new member to suit your clan. Throughout the mournful visit when you realized you couldn’t save them all, you wondered how you could ever replace a faithful, fifteen-year-long friend whose smell was as familiar as your own. But the gaping hole left by your canine’s passing couldn’t be filled with memories alone, so you chose one that seemed most suited to your family and took it home. The very act of rescuing a lost soul made your commitment to love and nurture became even stronger. Amazingly, that abysmal hole was soon packed tightly with puppy smells and fur and a different kind of love – never, ever, replacement – and as promising as a brand new, sunny morning.

And, so, I ask, how do people who’ve never loved an animal ever love completely?

I will never know.

It’s my soft place for rats and rabbits and dogs that has taught me kindness and unconditional love and devotion and loyalty and unbridled joy. And for each one of my four-legged friends, long gone and still being adored, I am forever grateful.