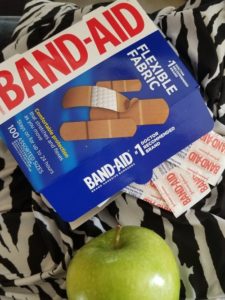 Teachers and nurses get the short end of the pointer/thermometer.

Patience is their middle name. Nurturers of mind and body, they perform at optimum in spite of the abuse they take from kids, patients, headmasters, doctors, parents, and family members. They could never be paid what they’re truly worth.

I know two great teachers – the youngest is my Pretty who spawned this vignette. “Pretty” is my name for the daughter of our Bestie, Kitty. A divine young woman, Pretty shines her light on all of us lucky enough to catch a ride on her shimmering wake. She lavishes unconditional love, supreme kindness, gentle guidance, and her intuitive essence onto the children she nurtures.

And when her generous, exposed soul is crushed, oh how Pretty hurts, leaving our Kitty’s in pure agony. A mother can only watch helplessly until her daughter’s punctured heart is well on the mend.

Pretty’s been spread too thin – too long – teaching a classroom of 25 second graders – and more than half of the kids have special needs. It was the “new” paradigm for the hungry corporation which gobbled up her small school a few years ago. Now she’s able to devote only a fraction of her tailor-made attention to each child.

Knowing she can’t make a real difference in these young lives, Pretty’s in work-hell. She posted her resume “out there” but didn’t expect a miracle with such little effort. When a call came asking if she’d be interested in teaching only remedial children, her heart skipped a beat. Somebody up there was listening.

The Skype interview went so well on Friday; they told her to expect an offer package. She couldn’t sleep. By Monday morning she’d already worked out how she’d turn her remedials into role models.

Monday afternoon – nothing. Tuesday? Nothing.

Our Pretty was shattered. Done for. Daughter and mother threw themselves into their respective darkened rooms with severe migraines and broken hearts.  We – the two remaining Besties – could do naught but mourn their bitter disappointment.

These beloveds are in South Africa. How could I give them a hug strong enough to show how much I care? How would I find a Whatsapp-way to convey hope in such a hopeless situation? This author was lost for words.

And then, as he so often does, my Athol came up with a parallel for why things happen as they do.

When we were young and cute and in demand, Athol was recommended for a high-paying job at a thriving credit card company’s travel arm. A huge career move for him…and for me? The thought of living in NYC made my bliss explode with possibilities!

When he flew back from the interview, my modest, unpretentious, humble husband smiled his broadest and declared “It’s mine.” I knew then, it was fact.

But as days passed and there was no word, bliss began to dissipate. And then the call. (In those days, “Dear John’s” came via land line.) They’d chosen another candidate.

It was that kick-me-in-the-gut-while-wearing-steel-work-boots kind of blow that forces you down and keeps you there for a long while. Not as bad as when death takes a loved one, but equal to being blindsided and dumped by your special someone. Your ego and confidence shatters. You’re shrouded with humiliation and deep hurt. Your dreams lie flailing like a fish on a midsummer pavement in New York City. And your wife mourns the chance to open a boutique in Soho.

“So what” you may say with a sniff. “We’ve all been passed up for one reason or another. We’ve all been disappointed and crushed because we didn’t get a job.”

Well friends, you see our NYC job-slap came in January of 2001.

And the company who passed on my husband was located on the 65th floor of the north tower of the World Trade Center.

MORAL OF MY TRUE STORY? There’s always a reason.