Helloooooooooo and welcome to another trip in my safari jeep to explain the Untamed, Unexplored and Unforgettable. 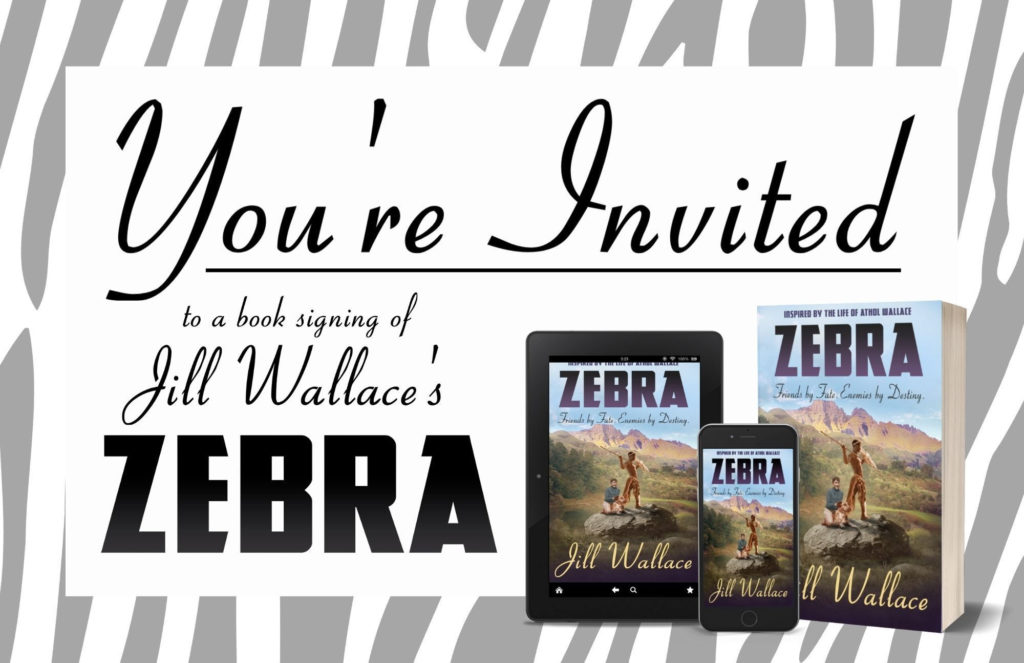 (NOTE: The book signing was a resounding success! Thank you to all who attended!)

FIRST AND FOREMOST, YOU are cordially invited to the very informal christening of Zebra. Pop in and raise your tot of Amarula in true South African style to toast to his future as you nibble on some biltong and have some fun.

where a miracle happened. 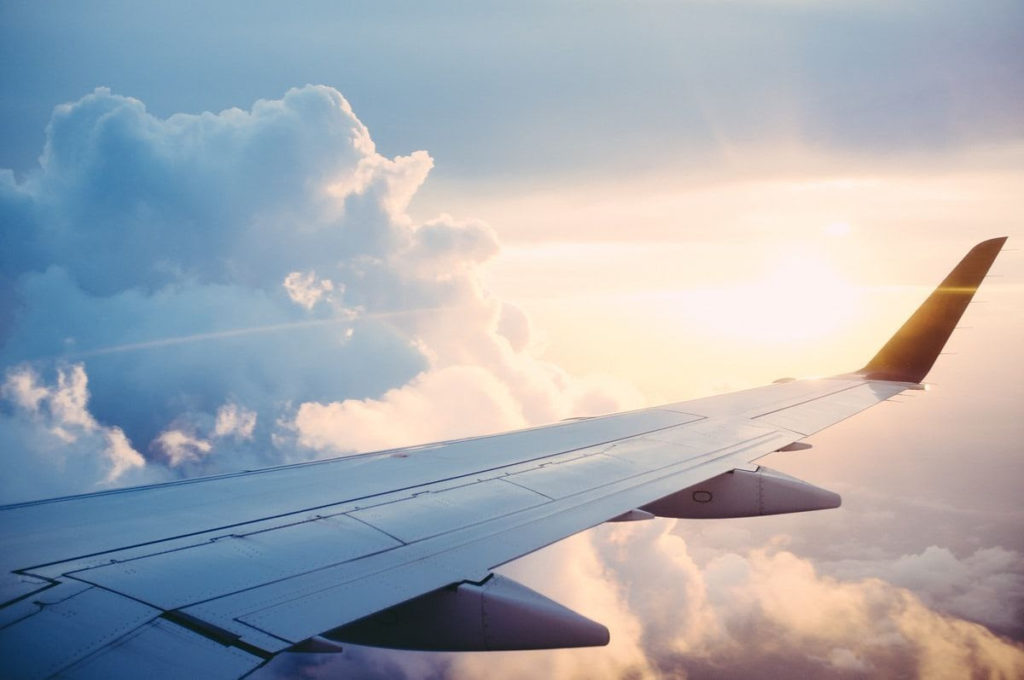 Every year for sixteen years while my mom was alive, I traveled 24 hours each way (including layovers), to spend a month with her. When I couldn’t be there, my besties, Lanie and Kitty, became her surrogate daughters and did things weekly to please her, help her, or simply make sure she never felt lonely. Once my mom was gone, I planned to go home every 2 years to see my Besties.

But no-one planned for the abysmal real estate crash in late 2007. That famine we endured as full-time realtors lasted a long, long time. We ate construction-truck loads of humble pie.

I was longing for my besties and hadn’t seen them for three long years. Out of the blue and in my darkest hour, my two angels pooled resources, sent me an air ticket to South Africa, and I languished in their warm, wonderful, welcoming homes, wanting for absolutely nothing and being treated like a much-loved queen.

The unexpected trip, as well as all they did for my mom as my surrogate, would take me 3 lifetimes to repay.

When I got home energized and humbled, ‘The Secret’ was the big thing. It rekindled the belief I’d always had – but had lost along life’s crooked path, that if I want something enough, and can define it specifically, God/my angels/the universe will find a way.

Because of my bestie Earth-angels, I was willing to give optimism another try. I crafted a multi-page, full-color Dream Book. On the first page I wrote: “Thank you for being able to take Lanie and Kitty on a very special holiday.”

For visual enhancement, I looked for and found in the mail that day, addressed to “The Occupant,” a travel brochure with a picturesque scene of a place I’d never been. I cut it out and I glued it into my Dream Book. In the foreground of the vista, I glued a recent photo of the three of us. There! It really didn’t matter where we were, only that we were together.

I poured over my Dream Book every single day for six months. Nothing happened. The minutiae of real life called so loudly; I abandoned my dream book.

Mercifully, the real estate pendulum swung back up, but after years of struggle every dime counted. A year later, my Athol called me into his office. On his PC screen was a cruise ship with Venice in the background. Venice. A place I’d poured over and imagined, because it was an important setting in War Serenade.

His tone was earnest. “We’ve had a good year. What if you and your girls were able to go on this cruise?”

“You’re crazy and sweet, and that’s why I love you.” I turned to leave the room.

“Look!” he insisted. A last-minute bargain-price for seven days. “I’ve looked,” I said, and, shoulders slumped, I left the room. “Bargain” was relative.

“We can do it, you know,” he shouted down the hall. The conviction in his voice lured me back.

“How?” I wary as hell. But he’d worked it out long before he’d called me in.

I wish I could tell you that we paid for the whole trip with Ath’s money he’d quietly saved. We came close, but the prize was we three found a way to be together.

I arrived in Venice from USA before my girls landed from SA. During those free hours, I didn’t walk, I ran like the wind to La Fenice Opera House. It was, you see, the very theatre where my imaginary friends from War Serenade, had earned their star status: Pietro for his velvet voice, Steph in the orchestra pit with his violin. 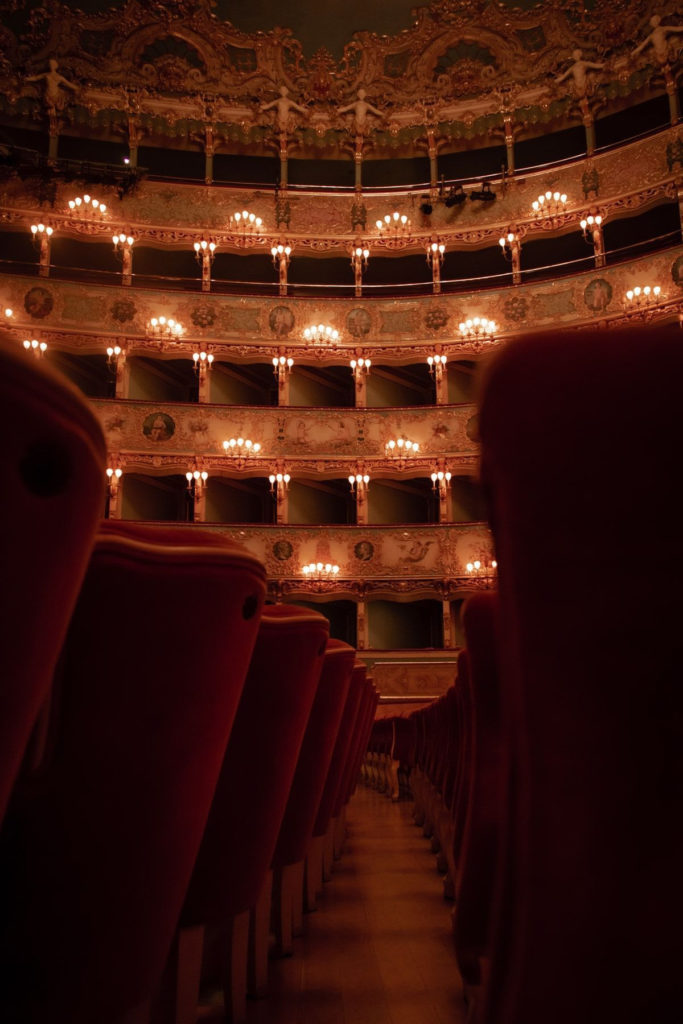 Miraculously, I found an opera in rehearsal. I sat in a box seat in the exquisite theater, drinking in the opulence, and instead of the master tenor on stage, I saw my Pietro. I felt more a proud mother than an author with an imaginary character.

Our cruise was divine in every way, and on our ship’s fourth port of call, we wound steeply upward on foot to reach picturesque Santorini. But it wasn’t the obstinate donkeys or the cleanliness of the quaint whitewashed town that became the deepest of our etched memories. Rather, it was the photograph taken with my phone by a random ‘photopher’ we hijacked.

There we three stood, on top of the hill, the backdrop of bright blue domes that covered white-washed stone buildings and the azure Aegean Sea behind us. Just three old friends feeling on top of the world…and then my heart double-timed. My newly-taken photograph was almost identical to the one I had glued into my Dream Book two years earlier. The only thing missing was the sentence written underneath the image, 670 days before: “Thank you for being able to take Lanie and Kitty on holiday.”

I’d thanked in advance, you see, for what I’d intended. And that must be the secret.

That’s what turns intention into material (and spiritual) culmination. Could I make my other dreams materialize too? So powerful. So profound. Could you do the same?

If Santorini is any indication, YES, WE CAN!

Until Next We Meet…

And as my camo jeep cruises back to base, let’s figure out what we’ll cut and paste into our Dream Books. We’ll used the tried and true method of recording our gratitude in advance because how else will we prove we believe without a doubt, we can make it happen.

Imagine. We can control our destinies only if we believe we can.

So, friend. Let’s get to work, and I’ll see you on the other side, where abundance is ours for the asking.

PS. DO mark your calendars for the 12th September, 2021 from 2pm to 4pm. If Delta or life prevents your popping in, I will raise my glass to you anyway, in thanks for you being an integral part of my Untamed, Unexpected, Unforgettable world. xx