Helloooooooooo, and welcome to my Safari Jeep!

I am delighted to have you hop on aboard for a little meander in my Untamed, Unexpected, Unforgettable world.

Today we’re taking a detour down memory lane. Pull on your leg warmers, bolster up your shoulder pads, perm your hair or tease it … whatever it takes to make it BIG, baby … and let’s step back in time to 1980!

If you were born in that decade or later, bear with me, I’ll paint you a picture.

But first things first and for the sake of what MUST be said urgently, I’m going to muddle up my Untamed, Unexpected, Unforgettable signature.

So let’s start with… 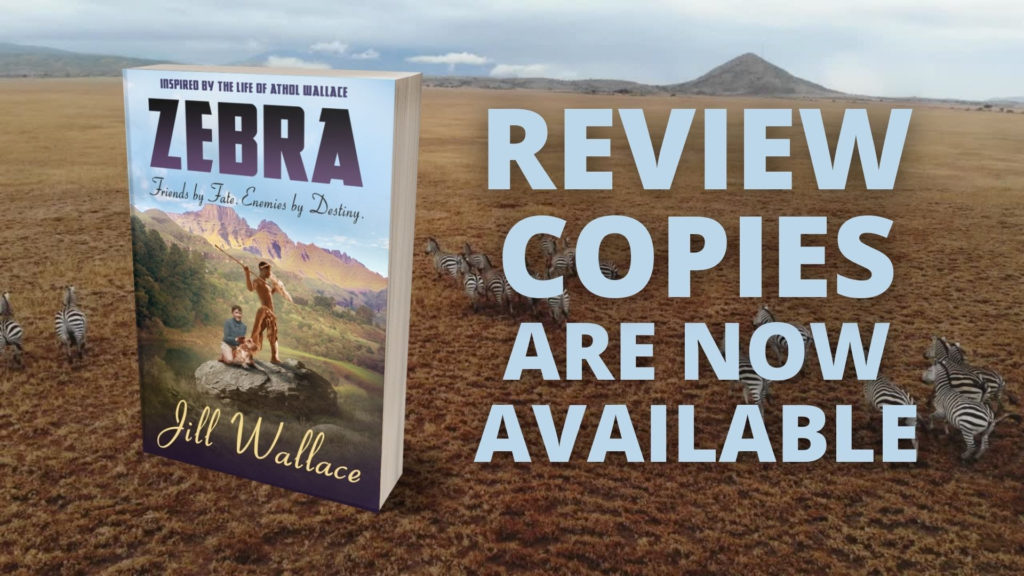 My heart quivered with gratitude as people wove in and out of my book signing at Ivette Griffith’s divine Beauty Forever Skincare, on the 12th September. I was humbled by beautiful people I met for the first time—lovely, familiar faces who came to support Athol and me—and precious souls I hadn’t seen for years. You folks made a huge effort to be there, on a hot-as-hell Sunday when I’m sure they had loads of options. Your warmth, kindness and excitement about Zebra was everything I could have dreamed. Thanks to you and you and you, I’ve walked on air for weeks. From the bottom of my heart, thank you from both Ath and me.

GREAT NEWS! READ Zebra FOR FREE and then REVIEW it!

I am a historical fiction writer. I enjoy going back in time and I hope you do too. History is a wonderful teacher. Though tech and science have altered our world drastically over time, the human spirit, instincts and all, have remained the same since the dawn of time.

As I plan my new series, I’ve been transported back to the time I spent as an international flight attendant in the late ’70s to mid-’80s. I literally rummaged through a ‘memory box’ I’ve treasured for 40 years to recapture the feels and squeals of those experiences. 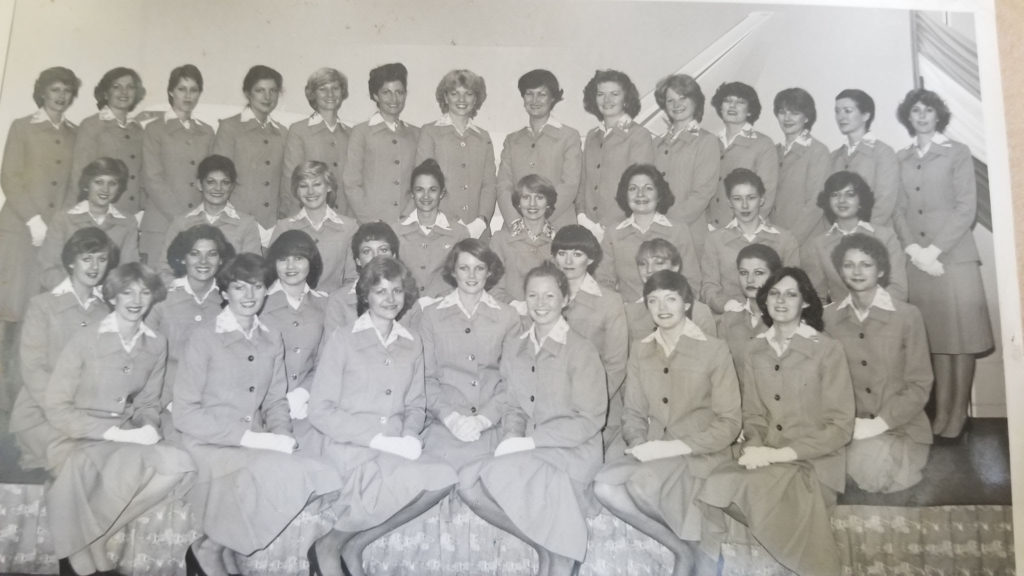 Consider our world in the late 1970s. In South Africa, we grew up listening to the radio and creating our own entertainment. We only received the privilege of television in our homes in 1974. There were no cell phones, no computers, no internet at that time. We had phonebooks that doubled as door stops that were heavy enough to keep a door open during a hurricane. You see, back then when you wanted to call somebody you used a heavy black instrument plugged into a wall in your home or at your job, or you went to an isolated phone booth on the side of the road. When you received a gift, you sent a handwritten thank you note with a stamp through the mail.

My bestie, Lanie and I were lucky enough to be South African Airways air hostesses. It was defined as a “glamour job.” We were ambassadors for our country and a privilege for girls with a yen to travel.

Lanie and I were from tame, middle-class families untainted by excess. We were principled, polite, pure, unaffected and we expected the best in people. 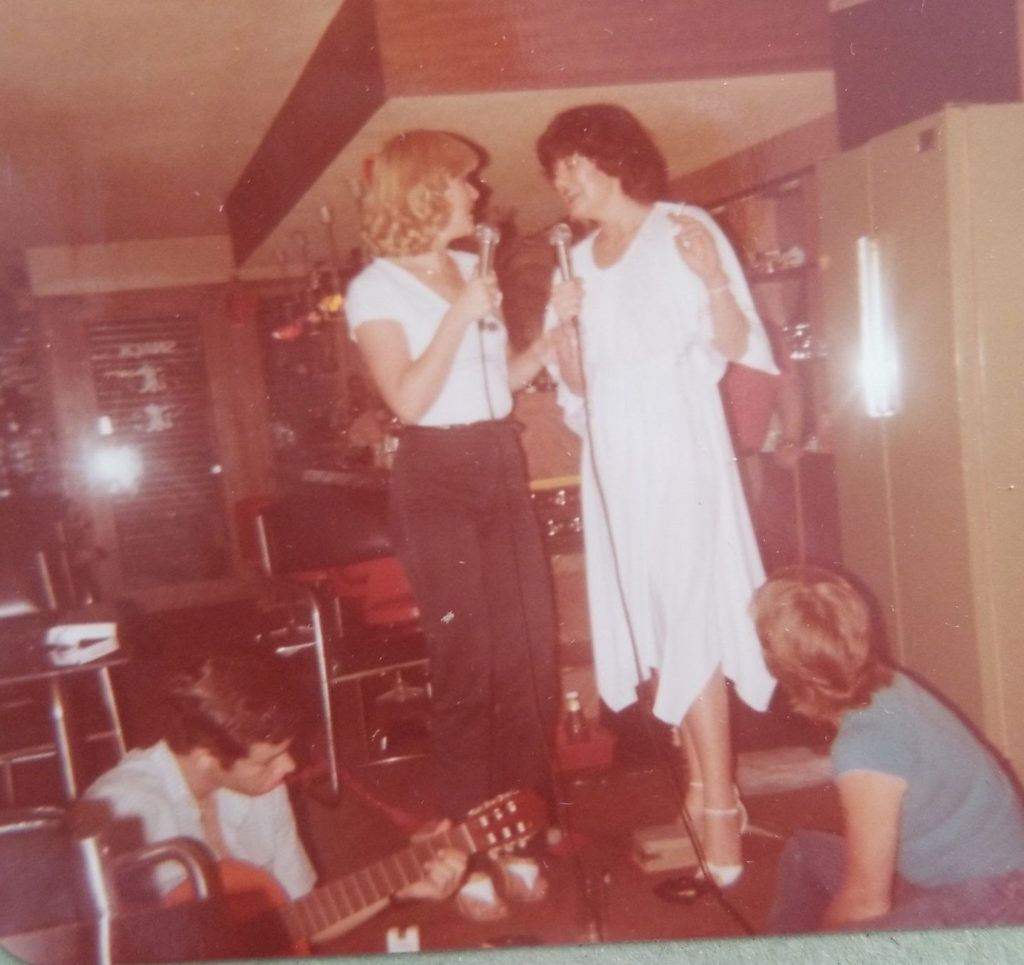 On our second flight to Frankfurt, Germany, we heard Dire Straits—a rock band—were playing in Wiesbaden, more than an hour away. Unafraid, we jumped on a train.

Lanie had a cold coming on. She kept coughing and before we went to the massive hall where the band was playing, she insisted she buy peppermints to suck, so she wouldn’t disturb the people around her and mar their listening pleasure.

We two little cottonwool-wrapped girls barely over 21, walked into the vast hall and nothing could have aptly prepared us for the sight. 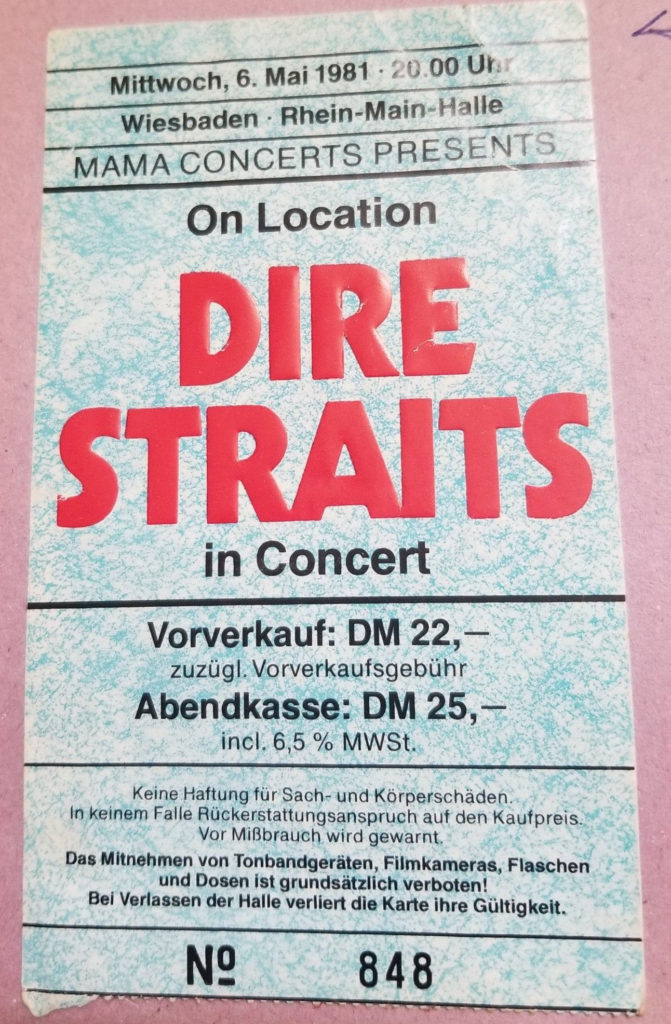 The massive hall was filled with so much smoke it was hard to see the band. There were no windows and no chairs. It was a vestibule of vice. Through the haze, we could make out heaving bodies in varying stages of undress. We saw needles and smelled weed. We blinked a dozen times before we realized people were actually making out in public more enthusiastically than we’d ever seen, even in the movies, where sex was cut with a heavy pair of scissors by our government in the name of censorship.

We stood, mouths open, eyes open even wider and together we looked down at the peppermints in Lanie’s hand.

Now that, my friend, is culture shock!

We looked at each other, shrugged—when in Rome—and then we danced to “Sultans of Swing.”

Until Next We Meet…

It is with love and good wishes that I urge you to live the life you love…and write it down. Your memories are fodder for historical writers like me who ache to tell your stories in yonder years.

May your world be filled with abundance which spawns a million tales for you to share.

‘Til next time, take a trip to South Africa without the expense, swing on a hammock in the autumn sun, read Zebra or listen to the War Serenade audiobook, which was just awarded a Readers’ Favorite 5 STAR review. Read the review here!